Meliae were Oread nymphs of the mountain Ash, whose name they shared. They were created from Gaia and the drops of blood spilled when Cronus castrated Ouranos. They are young human ladies who grow within the trees. The Erinyes sprang from the same blood, meaning perhaps that the ash tree nymphs represented the fates in a nicer appearance. The race of mankind of the Age of Bronze sprang from the Meliae. 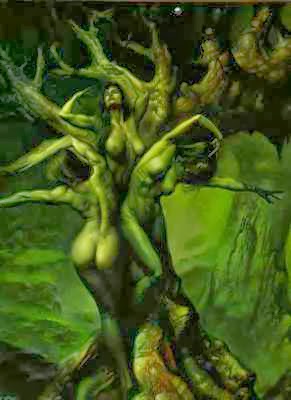 Ash tree nymphs discharged a sugary substance in which the ancient Greeks called manna (honey). The manna of the ash and the honey of bees were believed to be related, both seen as delicious food fallen from the heaven. 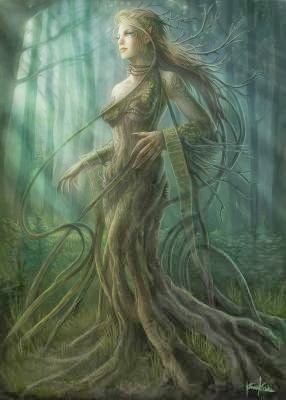 The Meliae were the mothers of the third, Bronze Race, of mankind. The sons were nursed with their mothers' honey and the sons would craft spears from the branches of their mothers' trees. They were  an overly warlike race who incurred the wrath of Zeus. The Meliae were destroyed in the floods of the Great Deluge. 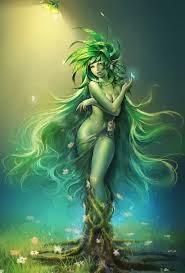 TITLE: Hylas and the Nymphs

As the Greek myth goes, King Hylas was on an expedition when he decided to get some water. when he reached into a spring to retrieve it, he was carried off by water nymphs, never to be seen again. It seems very common in Greek myths for men to be struck by the beauty of particular creatures, which lure them to their deaths. 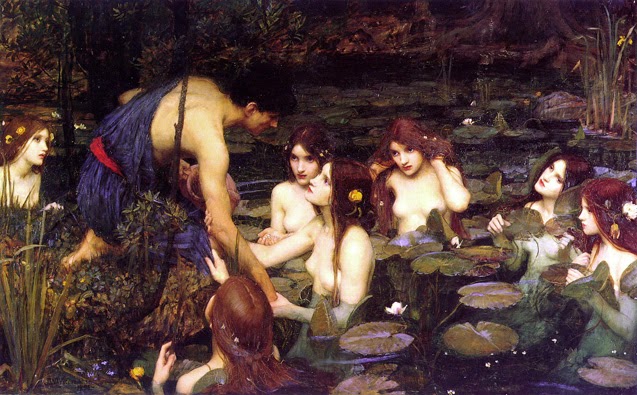 This painting shows a forest nymph with flowers decorating her her. It is very noticeable that most Greek paintings show Nymphs to be very pretty and naked females. This is clearly what was used to lure men over to them, in which brought them to their deaths. They also tended to have long, wavy hair that was decorated with tree/flower like hair pieces. Their faces were very natural looking and their whole bodies were very pale. 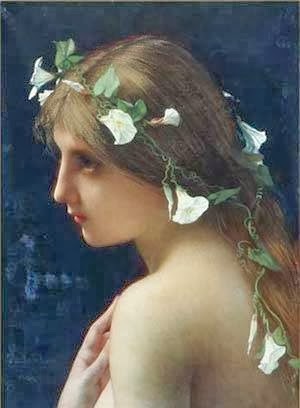 This is a story based on the ancient myth involoving the God and a Nymph. A man is tormented by the Nymphs beauty, and when faced with her terrifying power, he chooses to flee the city and run deep into the wilderness. 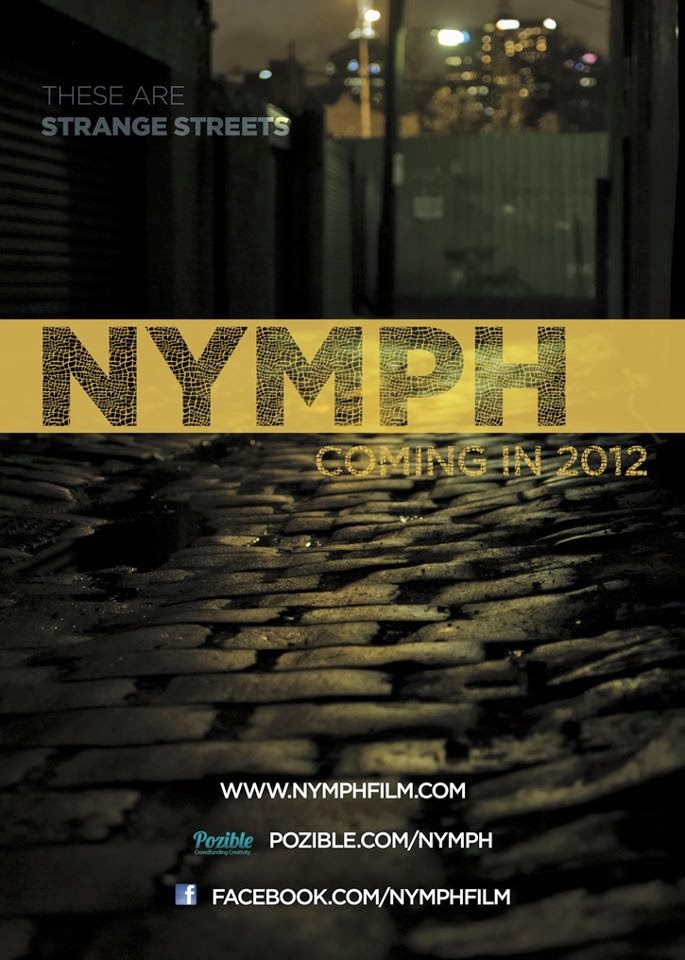 This film is about a couple who go to a forest to find themselves. They see that fantasy becomes reality and try to hide from an eerie character, the Nymph. 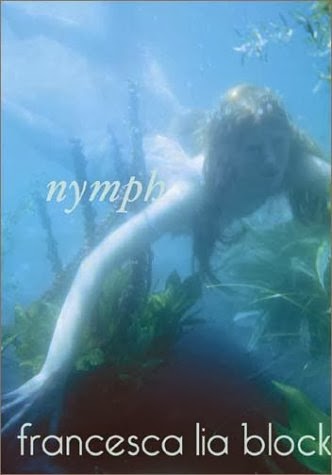 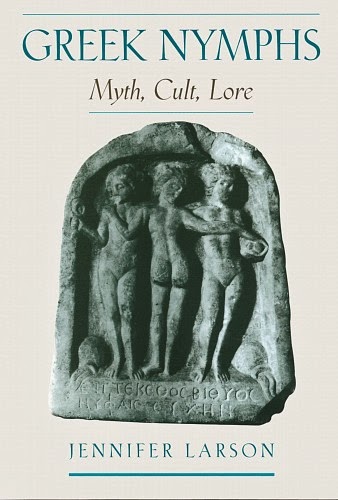 There is a tree that still grows today called the Melia tree, otherwise known as White Cedar. It is a very similar description to the trees in the mountain Ash, without the Nymphs. All Melia trees are deciduous or semi-evergreen. 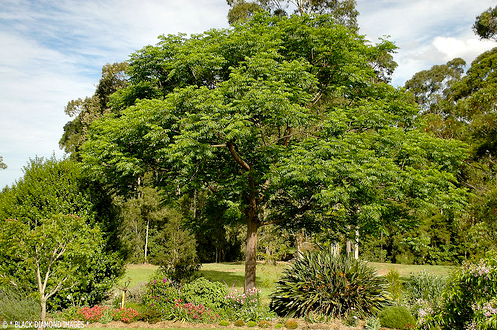 The Melia tree grows tasty berries/fruits in which are poisenous to eat. Although eating a couple will not do too much harm, if you eat them in a large quantity, then you will most likely die within 24 hours. Some birds are able to eat the berries/fruit and spread seeds in their droppings. The trees leaves have been used as a natural insecticide to keep with stored food, but most not be eaten as these are also highly poisenous. 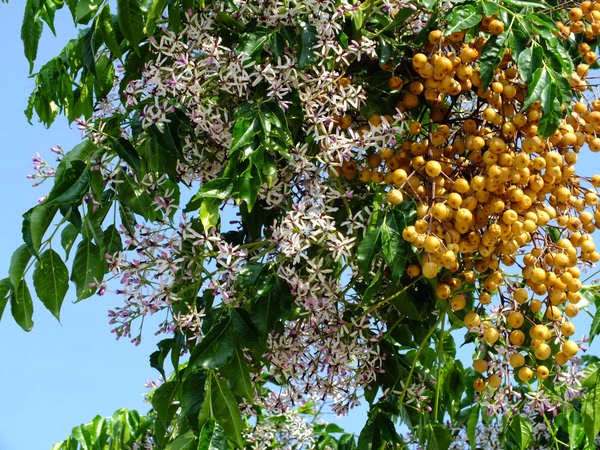 This image is part of a collection called Moscow Nymph Wood and was photographed by Evgeny Freeone. It shows a head and shoulder shot of a woman painted a dark gold colour with bark effects on her body and face. Tree props have been sprayed gold and used in her hair and on her chest. This really helps to give the feel of a modern tree Nymph. The red background contrasts with her red lips very well. Overall, I really love this photograph - I think the makeup artist got everything right. 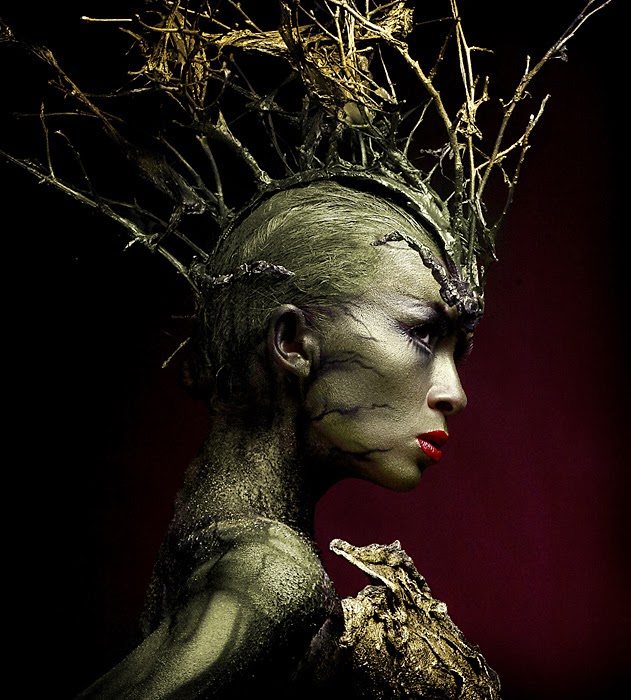 This is another photograph shot byEvgeny Freeone. This look was meant to represent a historical fairy, but I feel as though this works very well with the tree Nymph look. Applying green makeup to the skin and body, with the use of green spray and flowers in the hair, the model resembles a tree Nymph very well. I especially like the idea of mixing red and green together as they are contrasting colours, yet work extremely well together in this photograph. Using glitter under the eyes and on the forehead, shows that the Nymph is trying to portray herself as beautiful to lure men to her. 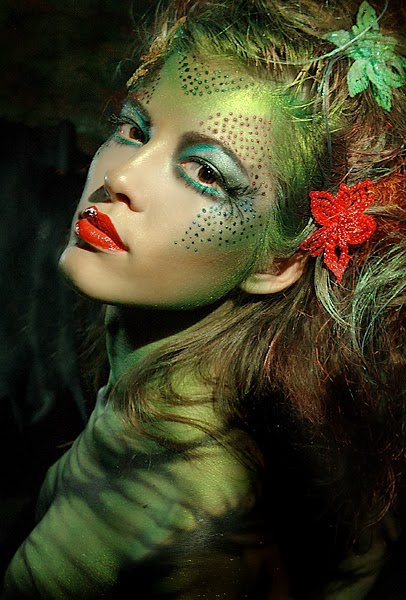 I love this photograph of an Egyptian look by the same photographer, as I feel that the special effects used, would be great to use for a Nymph creature. I feel the mud prosthetic really resembles bark very well. I think this would look gorgeous down a models face and neck. 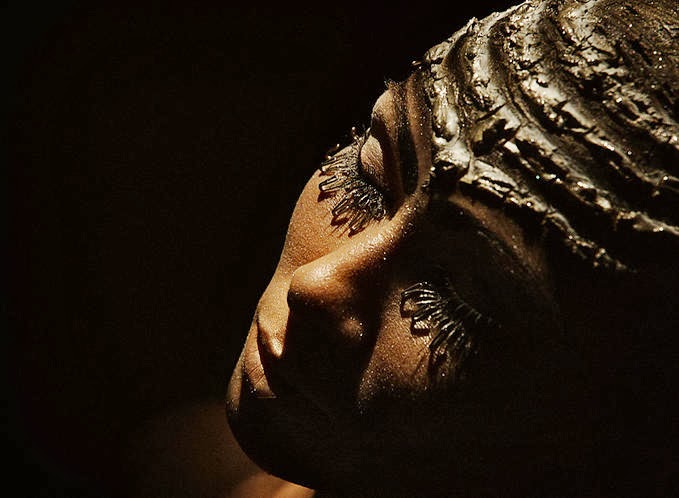 Again, I really like the below photograph due to the bark effect on the face. The texture of cracked brown lines really gives the skin a bark effect which is perfect for the Ash Tree Nymphs. 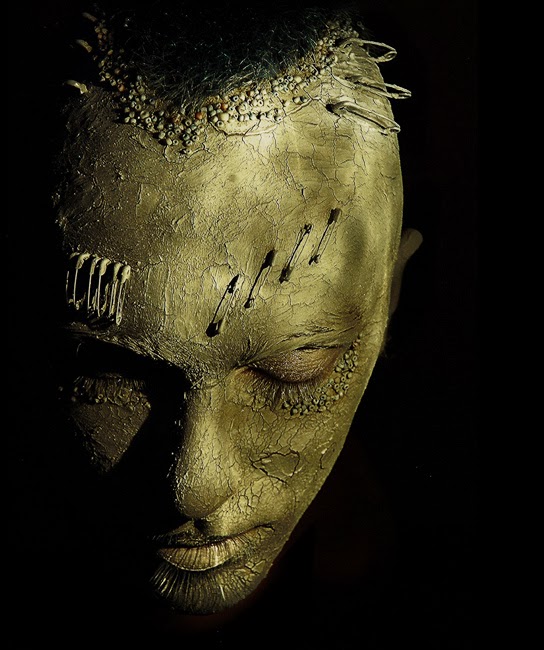 I have created a picture board to show my current thoughts on my personal view of the Ash Tree Nymph. The Nymphs tend to have a brown and green theme to represent trees and to ensure they are camofalgued in the forest. 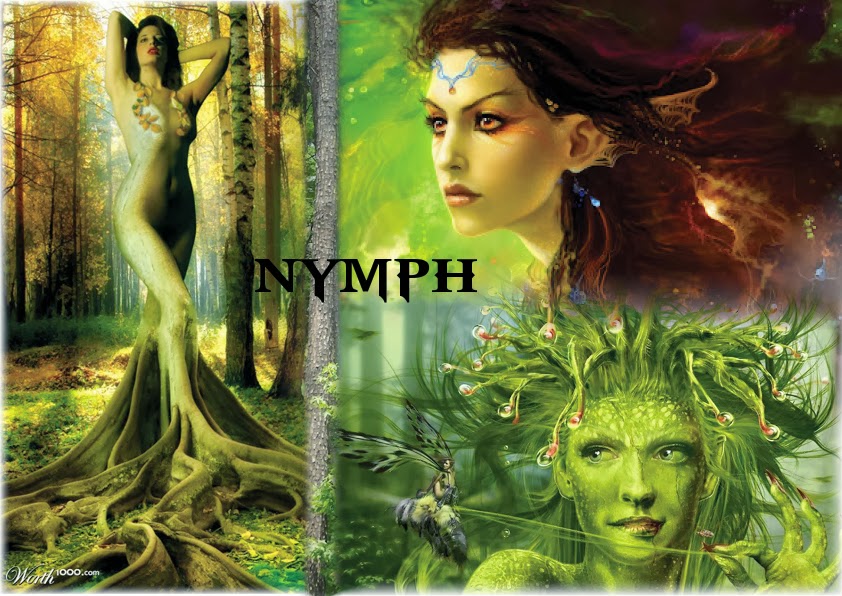 Below is the first moodboard in which I have created for the Ash Tree Nymph. I have included the images that I thought would work well for her final look. I love the idea of using tree textures on the face and body to create a 3D effect. Also, I would quite like to do some body painting with  airbrushing makeup onto the face and body. I have included jewellery to start thinking about the styling side of the character. I have also included photographs of flower hair pieces, as they would be important, depending on whether I use prosthetics or natural skin for this creature. 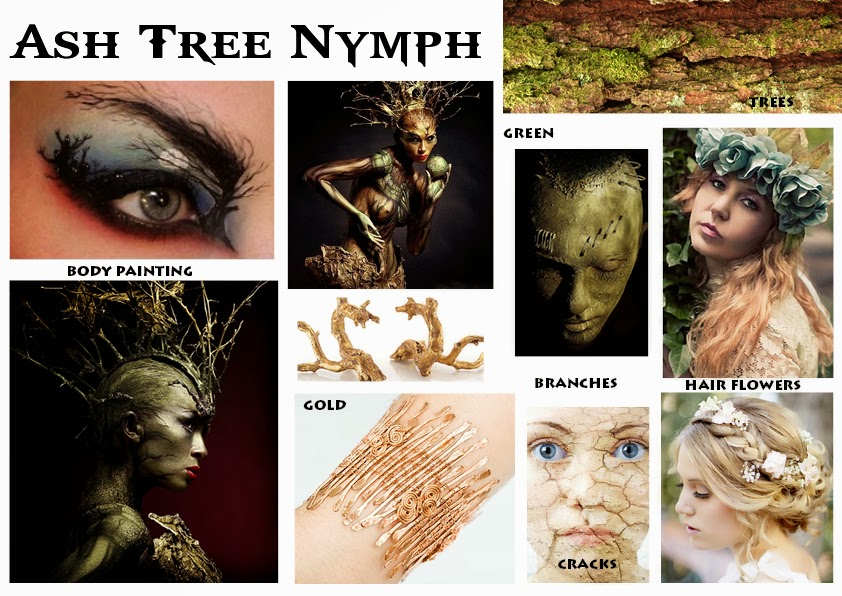